3D printing is an ideal subject for time lapse videos. The common approach is to set up your camera to grab a frame at regular intervals, like once every 30 seconds. This is easy to do and works well, but for a more refined result keep reading for some tips and tricks. 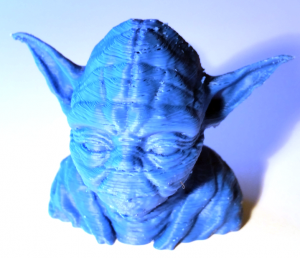 When you grab frames at regular intervals, something is probably going to be jumping around from frame to frame. Which part actually appears to move in your time lapse video depends on your setup.

Here’s a video example that shows what we’re trying to achieve:

Setting Up One Layer Per Frame Capture

Making this work takes advantage of Slic3r’s ability to call post-processing scripts and the @execute pseudo-gcode command that Repetier Host supports. In my environment, I’m running both of these on a Linux Mint host that drives my 3D printer. Finally, I’m using a D-Link IP camera that makes it easy to grab a snapshot with a simple URL.

The first step is to make a small script that will grab a snapshot from your camera and save it to disk. Here’s what I did in Python:

If you prefer, this can be done just as easily with a shell script:

The command above works with most D-Link network cameras, but if you have something different, you’ll have to find out how to grab a snapshot from a script. For example, if you’re running Linux and want to use a webcam, the streamer utility may be the way to go. Once you’ve got an executable script that will grab a snapshot and save it to disk with the date and time as the filename, you’re ready for the next step.

To get a repeatable, clean photo for every layer, we make the following things happen every time the Z position is increased:

Repetier Host can execute an external script at any point while sending g-code to your printer, with some caveats. To do this, you put a line in your g-code that looks like this: 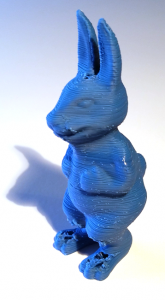 But there are some things to be aware of so that it will work the way you expect it to. First, at least in my environment, Repetier Host runs the external script asynchronously and keeps sending g-code to the printer immediately. It does not wait for the script to complete. That means that step #3 above, when printing resumes, could start before we actually grab our frame. So we’ll need to insert some delays if we want to make sure the printer is where it should be when the external script runs.

The other wrinkle is caused by the buffer in the printer’s g-code processor. Repetier Host will send g-code lines into the buffer and doesn’t really know when they actually get executed. Because of this buffer, when Repetier Host reaches the @execute command and runs the external script, some g-code commands before that point are still queued and haven’t been done yet. In particular, step #1 to put the printer in a known position won’t be complete, and probably not even started, when Repetier Host gets to step #2. To solve this, we’ll add another delay and some extra commands that essentially flush the buffer right before the @execute command.

Here’s a typical sequence at the end of one layer and the start of the next. The added comments don’t appear in the g-code and were added here for clarity:

And here’s what we want the g-code to look like after our modifications to grab a snapshot for each layer:

Here’s the code that can be run as a post-processor script that will modify the g-code the way we want. Slic3r can call this code automatically when saving g-code files, but you could also run it manually on existing g-code files. The script takes a single command-line option, which is the name of the g-code file to modify in place.

Make sure the full pathname of the frame grabbing script is correct for your setup in line 42.

Take a look at this video, which was the first successful test of the code above. Compare it to the Yoda time lapse and you’ll see that the lighting is weaker, causing the video to have more grain in it. This first attempt also captured too much of the room beyond the printer, including movement that jumps around for the first part of the sequence.

To get really good videos, you need to control the lighting. This isn’t just about shining a light on the object. You also need to ensure that the light levels beyond your subject area don’t upset the white balance or the focus. For something like 3D printing videos, you really don’t want to have extra stuff in the background or the rest of the frame at all. 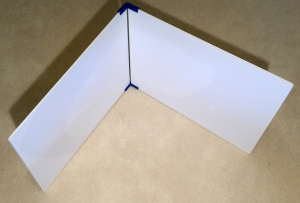 The simple solution I chose for this was to stand up a couple white barriers made of foam board (you may only need the smaller size, or you might find it useful to get a bigger pack for a better price break). This constrains the camera’s view, provides a nice black background against which to photograph the print, and helps with lighting by reflecting more toward the subject.

To connect the foam board together, I designed and printed a couple clips. Since I had the automatic time lapse code working, I turned the clip print into this animated gif just because I could. 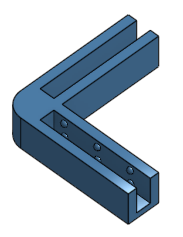 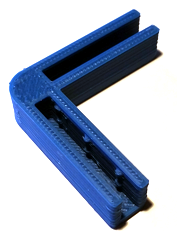